Thousand of public relations professionals and crisis managers owe Mike a huge debt of gratitude. We have created a meaningful and purposeful industry of helping business and institutions work through crisis management with the single opening question:

“Are you prepared for the day when Mike Wallace walks through your door?”

That’s never a real threat in most cases but just the thought of Wallace’s aggressive and credible investigative journalism was enough to turn normal steel-nerved business people into glassy-eyed, undulating gelatinous blobs like Jabba the Hut, brain fried and medically unresponsive.  And thesewere the leaders who were innocent.

His fellow “60 Minutes” reporter Morley Safer described him: “Wallace took to heart the old reporter’s pledge to comfort the afflicted and afflict the comfortable” as reported by Adam Benstein in the Washington Post.

Wallace was old-school journalism.  He was the guy Woodward and Bernstein looked up to before Watergate-reporting was cool.  He was of the Walter Cronkite and Eric Severeid generation.  Reporters first, make-up wearers second.  More than if it bleeds, it leads.

There is a lot to be learned from Wallace and his take no crap attitude:

Wallace tormented his subjects, but his objectivity, honesty and credibility could never be challenged.  He wasn’t perfect, He fought his own devils. But he also demonstrated hard-hitting, investigative reporting of the highest quality could pull real audiences in prime time.

In his own way he made a better world, if for no other reason than forcing us to ask our clients: “Are you prepared for the day when Mike Wallace walks through your door?” 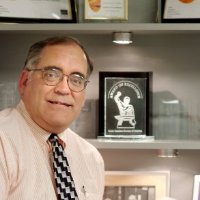 Why the *^!% Not Pay for News Placement?